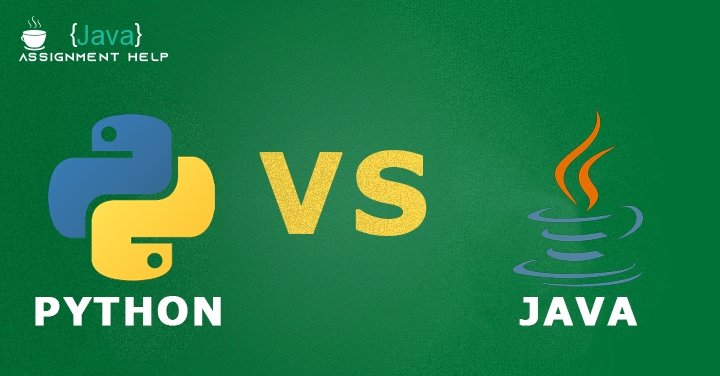 In this blog, we will discuss Python Vs Java. What are the main differences between python and java? And in the beginning, level which language you have to choose first. Because Python Vs Java both are programming es.

Python is an object-oriented programming language. It is an integrated dynamic semantics primarily for web and app development. Which was created in the late 1980s and named after Monty Python? We use it in developing Websites, software, mathematics, and system scripting.

Java is a popular general-purpose programming language that developers use to create applications on your computer and mobile. It was developed by James Gosling and colleagues at Sun Microsystem in the mid-1990s.Java works on different platforms (Windows, Mac, Linux, Raspberry Pi, etc.).It is easy to learn and simple to use and it is secure, fast and powerful.Java also has a web plug-in that allows you to run these apps in your browser.

Which Language You Have To Choose First?

Above you learn about Java Vs Python Here suggest you which language you have to choose. Select Java, if you’re a beginner and have not learned to program in a formal way. It is not just a question of understanding how the code works, what are classes, algorithm, flowcharts, libraries, functions, the concept of OOP and much more.

Once you understand these details, you’ll be able to learn any other language easily. And, if you have learned another structured or OOP language earlier, you can directly learn Python.

Python has a short learning curve i.e it is a bit easier to learn compared to the other languages. And has tons of modules that’ll do any job for you. It is less verbose than Java with a great community which is always ready to help.

As many Startups are using this language, it is known as Startup language. Getting fast prototypes developed and delivered a project faster. It is possible in Python, and it is an open-source language, So you are not paying any licensing fees per system. Your learning process depends on the interest of your career.

Most programmers agree that Python is an easier language for novice programmers to learn. You will progress quickly if you’re learning Python as a first language than Java. However, the popularity of Java means that learning this powerful language is essential if you want to develop apps for Android, for example. If you do need to learn Java, then help is at hand,  world java tutorials will walk you through everything you need to know.

So, here is the summary of Python Vs Java. Java was a big step forward from the earlier complex language C++, and many people rightly fell in love with it.

Python is an even bigger step in the same direction. It is a human-friendly language for expressing your ideas in a form that machines can turn into reality and that a machine can easily understand. And, with all that information, Java developers should give a try to learn Python. It’s a great scripting language for automating repetitive tasks.

You can get a lot of freelance work and it is also a well-embedded language for Java applications. It is a great alternative available to Java in many situations. Learning one OOP (object-oriented programming) language is always better if you want to be a good programmer for the long run.

If you are looking for the java programming assignment help, or java assignment help our experts are available to provide you the best java project help and java homework help which will increase your academic records.