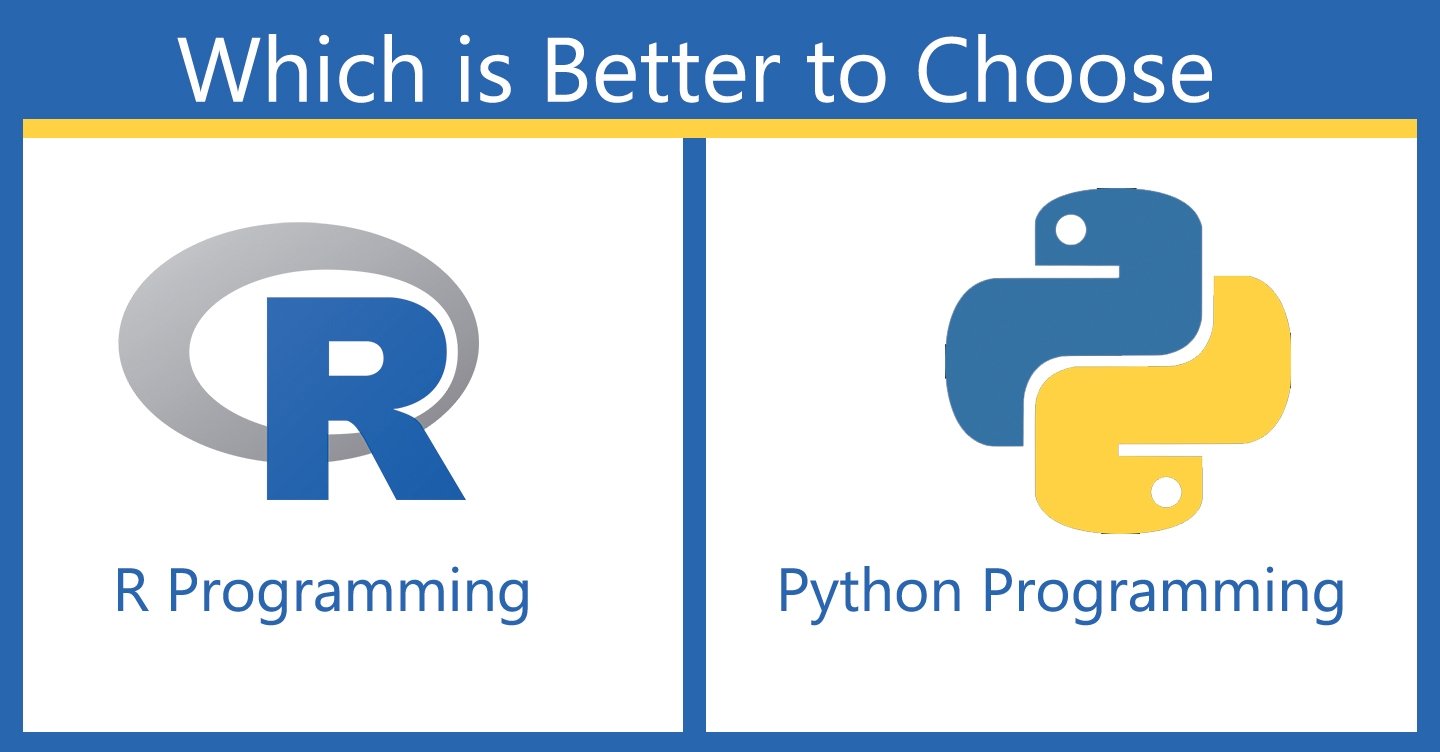 Here, Our experts explain you R Vs Python in detail for your good understanding, which is better? The r is primarily used for statistical analysis while Python provides a more general approach to data science.

R and Python are oriented towards data science for programming language. Learning both, of course, is the ideal solution. Python is a general-purpose language with readable syntax.

Since its release in 1991, Python has become hugely popular and is widely used in the data processing. Some of the reasons for its widespread popularity are:

The first release of R came in 1995 and since then it has become one of the most used tools for data science in the industry.

Few questions related to R Vs Python that are always come in Mind:

Is R similar to Python?

Its syntax is similar to other languages as compared to the syntax of R. Python can be read like verbal language.

The actual difference between Python and R comes in getting production ready. Python is a full-blown programming language and many organizations use it in their production systems.

Both R and Python are open-source languages that are used in a wide range of data analysis areas. Their main difference is that R is traditionally designed for statistical analysis, while Python is more generalist.

Is R better than Python?

The r is primarily used for statistical analysis while Python provides a more general approach to data science. R and Python are oriented towards data science from the programming language.

Learning both, of course, is the ideal solution. Python is a general-purpose language with readable syntax.

Is Python easier to learn than R?

There is a difficult learning curve in R, and people without programming experience may find it overwhelming. Python is usually considered easy to take. For those interested in becoming a general-purpose programmer, Python is the better choice.

Why is Python faster than R?

Can I learn R and Python at the same time?

Enroll in a Hadoop course or become proficient in the programming language used for data analysis, such as R or Python. However, it is not easy to learn everything at the same time. This is the same dilemma that the data science aspirants face during the first decision to learn R or Python.

Is r difficult to learn?

Knowing why R is hard. Open source R software for Analytics has a reputation for being hard at learning. This can certainly happen, especially for people who are already familiar with similar packages like SAS, SPSS or Stata.

What can I do with R programming?

Does R use Python?

Both Python and R are popular programming languages for statistics. While R’s functionality has been developed keeping statisticians in mind (think of R’s strong data visualization capabilities!), Python is often admired for its easy-to-understand syntax.

Do companies use R or Python?

Conversely, companies in the high-tech industry such as Apple and Google prefer to use Python for their analytical needs. Some will also use R, but some will use the SAS. R is the language of statistics. It is a free and open source programming language that is used to perform advanced data analysis tasks.

General Differences between R And Python

Python Vs Java- Which One Is Better To Choose ?

How do I Get The Best Python Programming Assignment Help Online?

The Best Benefits of getting Java Assignment Help

Both R and Python are very strong languages and one of the two is actually enough to accomplish the data Analysis task. However, there are definitely some high and low points for both of them and if we can use the strength of both, we can do much better work.

Either way, having knowledge of both will make us more flexible, which will increase our chances of working in many environments.